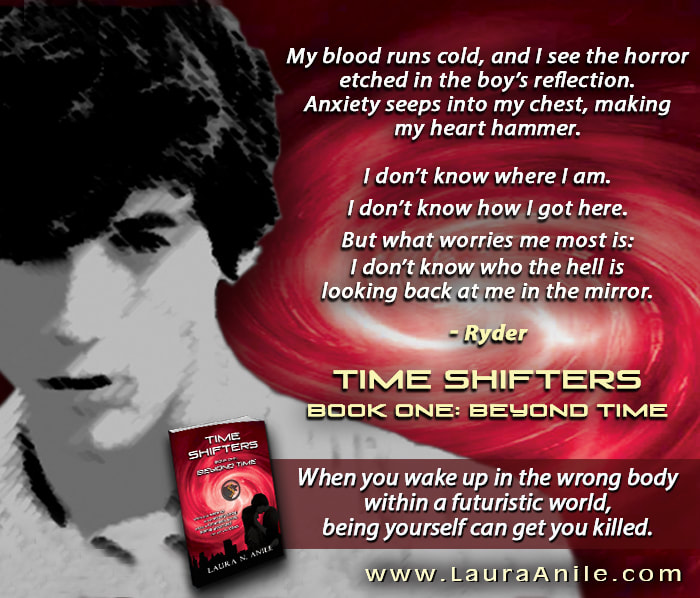 Chapter One
2015
I knew I should’ve taken a different route to school.
At least my little sister isn’t here. I’m glad she’s not going to see this.
Richard Tatum is standing up ahead in the shade, leaning against a tree with his sidekick, Billy. They’re waiting for me. Rick catches sight of me, and I see him smirk as he eases himself off the tree, eager anticipation painted all over his face.
The jerk. I’ll enjoy wiping that smirk right off. My only hope is that I get the satisfaction of a few good punches before Billy holds me down. That’s what he’s here for; the cowards would never fight me one-on-one.
I straighten my shoulders. If their aim is to watch me sweat, they’re out of luck.
“Hey, Dick,” I greet, emphasizing the nickname I know he hates. Not my fault it suits him so well. “Nice of you to walk me to school.”
His smile falters. “It’s that smartass attitude of yours that got you here, Ryder. Time for me to teach you a lesson,” he says, cracking his knuckles. He’s pissed at me that I shoved him into the lockers yesterday. Just because his dad is a big shot at Kaltron Corp, he thinks he can get away with anything. He tries to act like he knows what goes on there, but he’s as clueless as the rest of us. There’s a reason why the compound is on the outskirts of town, far from everything. No one without the right clearances can get in. My dad works there, and I’ve never seen inside the walls. I get more cred by flipping burgers at Joe’s, since everyone wants to know the secret ingredient in the burger rated the country’s best back in 2012. Unlike Rick, I prefer to earn my money, even though my parents insist I don’t have to.
I cock my head. “What? That you’re a scared little boy who likes hassling girls and can’t take no for an answer? I already knew that.”
The lazy expression he’s been trying to master falls away, replaced by scorn. “You should learn when to mind your own business. Girls like to play hard to get.”
He’s as stupid as he looks. “You’d think you’d appreciate the girlfriend you have, since it’s a miracle she can stand you.”
“You’re just jealous because Marnie’s the hottest girl in school.” He licks his lips, and not for the first time, I wonder why  Marnie ever got mixed up with him. She used to be a really nice girl, back when we dated in junior high. Now she cares more about being popular, than being nice. Rick tilts his head, lifting his chin. “But just because I’m enjoying the main course, doesn’t mean I don’t like to sample the side dishes. And from now on, you’d better keep out of my way.”
“Hard to do when you’re blocking my path, genius. Too afraid to go another round one-on-one, I see,” I say, jabbing my head in Billy’s direction. I drop my pack. “Not that I blame you for being afraid. I beat you yesterday, and I would beat you again today. But since you need your little babysitter here to boost your odds, I guess we might as well get this over with. I have things to do.”
My insults hit their mark and Rick flies towards me, arms swinging. No finesse. That’s his problem. I easily duck and get a good swing in. Unlike Rick, my fist connects and his head snaps back, his nose bleeding. I smile.
“Billy!” he roars. Billy comes at me, and I punch him in the gut. He stumbles. Rick waits until Billy and I are going at it before he jumps me from behind. I get an elbow into his gut before Billy kicks me. I manage to stay upright for a few minutes before the tangle of limbs causes me to lose my balance. I know once I hit the ground, I’m in trouble. Billy pins me while Rick starts kicking. I see stars but I won’t give him the satisfaction of seeing the pain on my face.
I grab his foot and Rick falls, although I can’t enjoy the sound of him crashing to the ground, because Billy takes his turn, hitting me from behind.
Suddenly, I feel a pain like I’ve never felt before. It feels like I’m being ripped apart from the inside. I try not to grunt but the pain is unbearable. Nausea takes hold and for a second I think I might hurl, but not even that seems possible. I can’t tell which way is up. I can’t hear the street noise, can’t hear Rick or Billy. I must be conscious, though, because I can still feel that terrible pain.
Then I lose all sense of gravity. I can’t see; I can’t breathe. I can’t even feel the ground beneath me anymore. Everything is spinning. I’m so disorientated it feels like I’m hurtling through space at the speed of light.
I wonder if this is what dying feels like. I try to scream but no voice comes out.

When I feel solid again and I’m able to catch my breath, I open my eyes.
I’m no longer sprawled on the grass. I have no idea where I am, but the first thing I realize is that I’m lying in some kind of chamber. I’m trapped.
How the hell did I get here?
I don’t think about that for long. Survival instinct kicks in and my only thought is getting out. There’s a panel that seems to open but there’s no latch on the inside. The chamber is mostly glass, though, so I think a few good kicks will break me free if I can manage it. I pull my knees up in the confined space, trying to position myself as best I can. My muscles tense. I take a breath and make a mental note to shield my eyes when the glass shatters.
Before I can complete the maneuver, someone appears on the other side of the glass. A man with salt and pepper hair wearing a gray suit. He puts his hands up, showing me his palms, then slowly turns and says something to an older man in a white lab coat standing at a virtual screen of some sort. It’s high-tech, like nothing I’ve ever seen before. I feel like I’ve landed in some sort of sci-fi movie. The older man nods and lifts his finger to the air, touching something I can’t see. I hear a pop and the panel starts to glide upwards, freeing me. The man in the suit looks at me and steps back, gesturing for me to exit.
I don’t know who these people are, or how I got here, but it seems better than being stuck in this glass coffin, so I slowly step out.
My head darts from one man to the other. I scan my surroundings, looking for an exit strategy. I don’t know what kind of lab this is, but I imagine they’re running experiments I want no part of. A light emanating from the chamber I just escaped casts an eerie blue glow over the room, accentuating the ominous feeling that courses through me. The light slithers over the men’s faces, tinting their skin an unnatural color. It is not comforting. I shiver, and a chill crawls across my skin. I can feel the hairs on my arms standing at attention, like little soldiers preparing for battle.
“Don’t be afraid,” the man in the suit tells me. “I’m Dr. Keating and this here is Dr. Suresh.” He gestures to the other man who nods.
“How did I get here?” I ask. My voice is scratchy, and it sounds foreign to my ears. I clear my throat, wondering how long I’ve been out.
“I’m sure you must have many questions. This would be very disorientating for you. Believe me, this is confusing to us as well. How you got here is not normal protocol. I must apologize for that, but I’m afraid it was unauthorized.”
“What was unauthorized?”
“The transfer,” he responds matter-of-factly, like that would make sense to me.
I furrow my brow. Huh?
“Come and sit, and I will explain it all to you.” He speaks casually like I’m visiting his house for coffee. Not like I’ve just woken up in a glass coffin in a mysterious lab.
“I’d rather you tell me now.” I steal an inconspicuous glance at the door, estimating how long it would take me to get to it. My voice still doesn’t sound right, and I begin to worry that they have already tampered with my voice box. Just what kind of experiments do these men run?
“Okay, but this is going to be a shock. It would be best if you were sitting down.”
“I’d rather stand,” I insist.
“Have it your way.” He turns to Dr. Suresh. “May I have a mirror?”
Dr. Suresh shambles over and hands me a small mirror. I eye him suspiciously. What, does he think I’d want to check my hair? Like I’d care. Then another thought pulses through me, stealing my breath. What if they’ve already tampered with my face, too? I dismiss the thought. If they had made any incisions, I would feel the lingering pain. I doubt they’ve brought me here to give me a nose job—or to transform me into Wolverine.
“Just take a look,” Dr. Keating instructs.
I glance in the mirror and then back to Dr. Keating, ready to move to my next question. But nothing comes out. My eyes dart back to the mirror.
A stranger with wide eyes is looking back at me. It’s not that they have made alterations to my face, because there are no similarities between the reflection in the mirror and me. I decide it must be some kind of high-tech gadget made to look like a mirror. I raise my hand and hold up two fingers. The reflection in the mirror shows a boy holding up two tanned fingers, more tanned than they should be. I move one finger down and so does the boy in the mirror. My eyes skim over my hand and I spot a faded scar that shouldn’t be there, which runs over knuckles that are bigger than my own.
My blood runs cold, and I see the horror etched in the boy’s refection. Anxiety seeps into my chest, making my heart hammer. I don’t know where I am. I don’t know how I got here. But what worries me most is: I don’t know who the hell is looking back at me in the mirror.


Find out what happens next!
​To continue reading, please go to:

UNMASKED SECRETS
Please click here to read the first story, Beyond Repair, from the UNMASKED SECRETS Anthology – available now for FREE download on Amazon, iBooks and Kobo!
​
VISIONS
​Please click here to get a peek inside the cover and read a teaser excerpt that's not available in the bookstore sample. (The premonition in the teaser relates to the one in the prologue, and any spoilers have been removed.)